With 3.5 is is now possible to create Case Sensitive SQL Compact databases. This is always done a file creation time, and covers data in all tables in the entire database file.

When working with databases fro SQL Server 2008 Management Studio and VS 2008 SP1, the new database dialog has been updated to include a checkmark for "Case sensitive". In code, add "Case sensitive=true" to the connection string used for creating the database file. 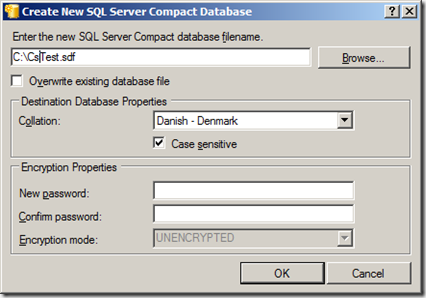 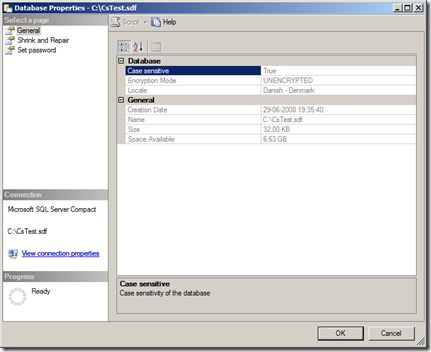 And add some rows:

So previously the statement below would have returned 2 rows:

But as the database is case sensitive, only a single row is returned!

This can be done with the Compact command as follows (in this sample Northwind.sdf is converted to a case sensitive database):