The “Microsoft Visual Studio 2010 SP1 Tools for SQL Server Compact 4.0 CTP2” (nice shot name) has just been released. It can be installed from the Web Platform Installer 3.0 or directly from here. UPDATED link points to RTM tools. 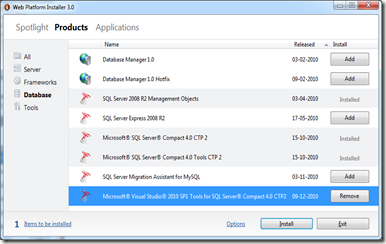 Here are the Data Sources available from “Add Connection”: 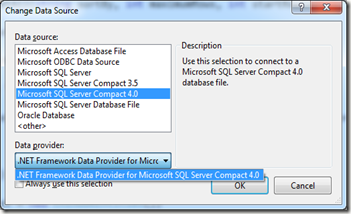 You can read more about the expected release of SQL Server Compact 4 and the related tools here, and there is more information about VS 2010 SP1 here.

UPDATE: The SQL Server Compact team has posted a short blog about the VS Tools.

Despite the fact, that Team Foundation Server 2008 SP1 (TFS 2008) does not support x64 platforms, I managed to get Team Foundation Work Item Only View to run on a Windows Server 2008 R2 x64 machine. I thought I would blog about it to help others facing the same issues I overcame:

This is what I did (no guarantees implied):

In web.config in the WIWA folder, set limitedMode=true.

Then, when I tested the WIWA app, the following error occurred on the Work Item form: Could not load file or assembly  'Microsoft.TeamFoundation.WorkItemTracking.Controls 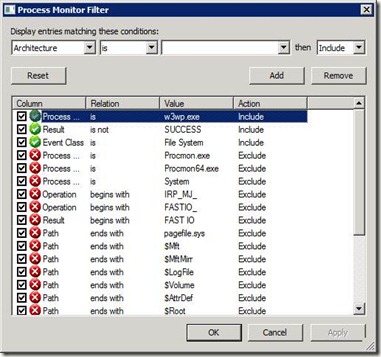 I then ran the application, and noticed the following error:

My lame fix was to copy all the files in the PrivateAssemblies folder to a corresponding folder (that I created) in C:\Program Files.