After more than 110.000 downloads, version 3.0 of my free, open source SQL Server Compact Toolbox extension for Visual Studio 2010 is now available for download. This blog post is a visual guide to the new features included in this release, many suggested by users of the tool via the CodePlex issue tracker

Thanks to a fantastic effort from fellow MVP June Tabadero (blog | twitter), extensive support for Sync Framework 2.1 has been added to the Toolbox, including Provisioning, Deprovisioning, Code Generation, Local Database Cache Code Generation and Explorer tree integration. You can read a nice walkthrough of the features in June’s blog post here. Notice that you will need to install the Sync Framework 2.1 bits for any of these features to work, you can download from here. June also recently blogged about using SQL Server Compact 4.0 with Sync Framework here.

Generate desktop LINQ to SQL classes both for 3.5 and 4.0 databases

I  decided to add the option to generate LINQ to SQL desktop classes, as I recently discovered that you can actually use LINQ to SQL with SQL Server Compact 4.0 (though NOT supported in any way by Microsoft). Read the blog post before you start using LINQ to SQL with 4.0. 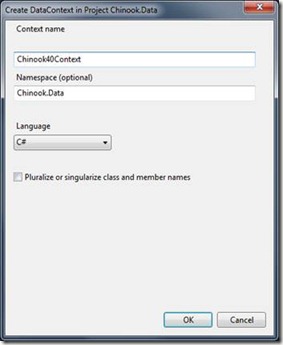 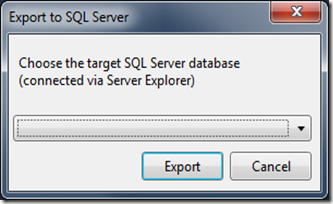 Due to the increasing number of Database context menu items, I have moved all the script options to a separate “Script Database” sub-menu:

I have also added “Script Database Data”, which scripts only the data (!), sorted correctly by using the QuickGraph topological sorting of a DataSet.

I have added the option to also have a ConnectionStringBuilder class generated for Windows Phone, to help constructing valid Windows Phone connection strings, with the limited amount of advanced options available on Windows Phone.