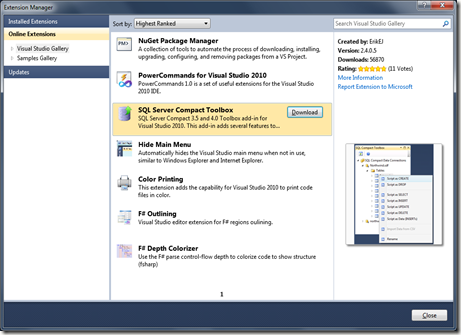 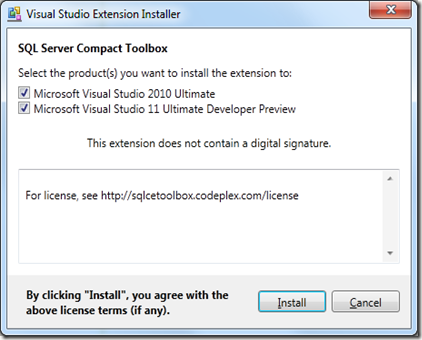 I have visual 2010 and I have download and install sql compact toolbox without anyproblem from visual studio gallery.

Now I want it to run in Visual studio 11 and, as said in the blog, I need to change the source.extension.vsixmanifest file, but I can't find it.
Could you tell me where is this file installed?

Hi, just install it from the VS 11 extension manager - and let me know if you miss anything!